Stay up to date!
Back to overview

Zeebrugge, 19 October 2021 - Since Brexit, the logistics sector has experienced various consequences in its day-to-day operations. Not only administratively, but also geographically. ECS, the market leader in the field of supply chain and intermodal transport, notices this in the increasing number of direct departures from Western Europe to the Republic of Ireland and Northern Ireland. Due to the increased administrative obligations and border controls in the United Kingdom, the shipping route to Ireland now offers a faster alternative to road transport through Great Britain, as Northern Ireland and the Republic of Ireland are seen as one entity from a customs point of view and are therefore not subjected to the Brexit measures.

Before the Brexit measures came into force, Ireland was supplied from Western Europe via Britain as a land bridge. Cargoes were transported by ship to Dover, and from there by truck to cross the British mainland and reach Ireland and Northern Ireland again by ship. Nowadays, however, direct sailings to Ireland are becoming increasingly important. This shift in routing stems from a derogation in the Ireland/Northern Ireland Protocol that forms part of the Withdrawal Agreement which makes it possible to avoid British border controls.

"According to that Protocol, Northern Ireland follows the Union Customs Code and the EU tariff system. The Protocol was established to avoid the creation of a hard border between the Republic of Ireland and Northern Ireland," knows Hugo Donche, supply chain & development director at ECS. "As a result, no customs formalities apply when trading between Member States of the European Union and Northern Ireland. If someone from the United Kingdom wants to deliver to Northern Ireland, customs declarations have to be made. Whereas from Belgium, The Netherlands or France, we can deliver without any intervention."

Shipping companies offering direct sailings to Northern Ireland are emerging in a rapid fashion. The seven British retail customers of ECS operating in Northern Ireland were quick to notice. Therefore, ECS started rerouting flows to Ireland and Northern Ireland in a timely manner using these direct shipping routes instead of the British land bridge. The existing logistics network could be used for this purpose.

" Not only do we have seven UK retailers under the same management, we avoid transport through the UK and deliver directly to Ireland and Northern Ireland. This is one of the major strengths of our service. "
Hugo Donche 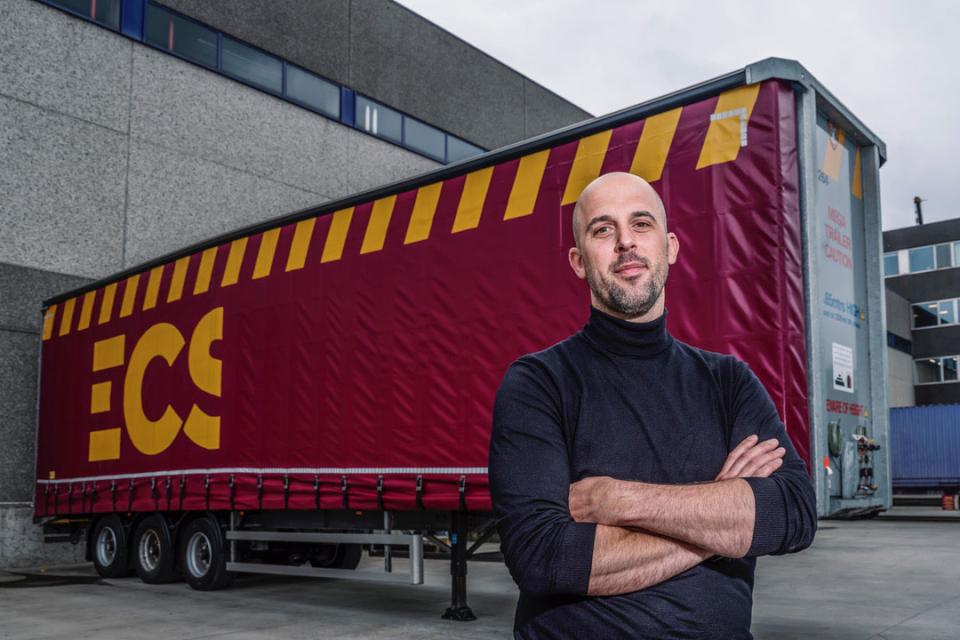 Better for the environment
According to Hugo Donche, the increasing importance of shipping offers three additional advantages that fully fit within the CSR philosophy of ECS: Creating Sustainable and Reliable logistics. "Firstly, a ship impacts the environment less than trucks because it emits less CO2. Secondly, the reliability of a ship is greater than road transport because traffic jams are not a problem. Thirdly, this mode of transport is just a little more cost-efficient."

Hugo Donche believes that direct sailings will continue to gain in importance. "Imports to the UK will only become more difficult when the final phase of the UK's Brexit plan is rolled out. This is already noticeable in Ireland. There is much less importing and exporting from the UK. Therefore, they become more dependent on mainland Europe for supplies. Consequently, the demand and supply of direct sailings to Ireland will continue to rise."

About ECS
ECS is a market leader in the field of supply chain logistics and intermodal transport. ECS has its headquarters in Zeebrugge (the trade gateway between the EU and the UK) and Venlo (the link to Northern and Eastern Europe). ECS manages a fleet of 10,000 containers, whereby the emphasis lies on CSR logistics: Creating Sustainable & Reliable logistics. The focus is on optimally filled containers that are transported by train as much as possible throughout Europe, accounting for 70 million kilometres of rail travel per year.